Several of us are excited to be up early to talk to potential students in Clearing this morning.

While waiting for the calls to begin, we’re enjoying reading English graduate stories which are being shared with our colleague @ProfKatyShaw on twitter:

Are you an English graduate?
We’d love to hear about your journey from BA Hons to where you are now! #TeamEnglish pic.twitter.com/l7gEdIiTLV 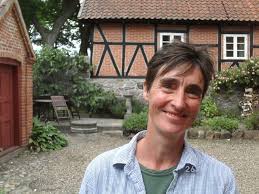 To add to this, Fiona has also been awarded a month’s residency at the prestigious Yaddo artists’ retreat, whose prior residents have included James Baldwin, Langston Hughes, Katherine Anne Porter and Jeffrey Eugenides: https://www.yaddo.org/about/history/ 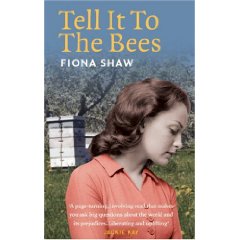 Meanwhile, the film version of Fiona’s novel Tell It To The Bees has been appearing at festivals, including at Cannes and the Toronto film festival

We’ve had a great start to the new academic year. Lots of lovely and lively students joined us during induction week. Here are some photos from the Humanities Induction Quiz which was great fun.

We were impressed by the general and specific knowledge of the students, and especially by the incredibly high scoring winning team.  Here they are already enjoying their weetabix (other cereals and food groups are available): 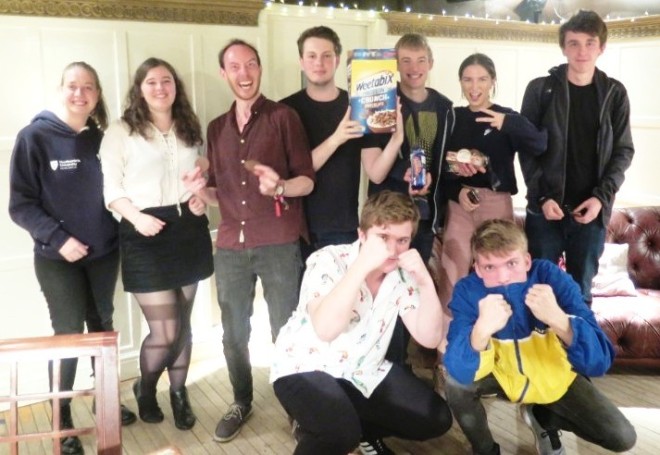 We’re looking forward to working with our new and returning students this year!

This talk is inspired by Exposed: The Naked Portrait exhibition.

Simon Verelst’s portrait of Nell Gwyn (c. 1670) is one of a number the artist produced of Charles II’s most famous mistress. Nell looks out at us from the canvas, meeting the viewer’s eye with a seductive gaze. The tone of the milky pearls strewn in her loosely-flowing locks echoes the creamy skin of her exposed torso. Nell turns slightly from us, in a teasing gesture that suggests she has just wriggled free of her nightshirt for the viewer’s benefit. Yet how daring, or unique, was this portrait? And how widespread was its influence? This talk answers these questions by exploring portraiture of the mistresses of Charles II, tracing how many of these images became products for public consumption through the new technology of mezzotint engraving. England’s developing print culture, which also made numerous literary treatments of the mistress available to a growing readership, fed a cultural fascination with these women and gave them the status of early celebrities.

Claudine van Hensbergen is Senior Lecturer in Eighteenth-Century English Literature at Northumbria University. She is close to completing a new book, Reading the Royal Mistress: Women in Print, 1660-1735, and specialises in the literary and visual culture of Britain at the turn of the eighteenth century.

Today’s puzzle from Alex Bellos in The Guardian requires a range of skills which can be developed in English Language programmes (and in other subjects, including maths).

As Alex says, today’s puzzle is ‘hard, but not impossible’. He also suggests that working on puzzles like this can help you develop the skills needed to find a job with technology firms such as google. That suggestions is based on this article by Sam Gibbs in which he reports thoughts from google’s head of search, Ben Gomes.

You have until 5pm UK time today to solve it before Alex reveals the answer . . .

Character to Caricature 1660 to 1850 is a one-day conference organised by Northumbria Postgraduate student Montana Davies-Shuck (Northumbria) and Jenny Buckley (York).

It takes place in the Institute of Humanities at Northumbria on the 3rd of September 2018.

You can find full details of the programme at:

It should be a great day! 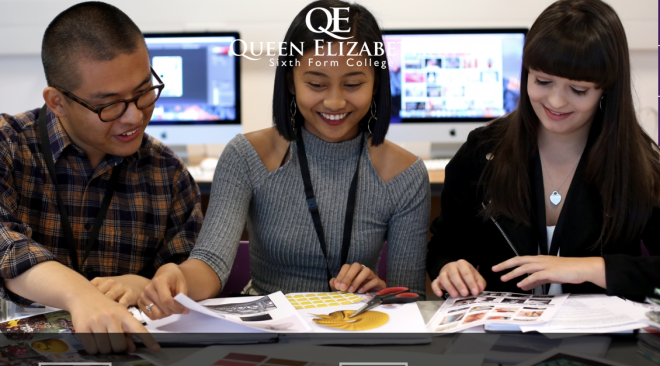 One thing we’ll be looking at is Jorge Luis Borges’s story Pierre Menard, author of the Quixote

I’m looking forward to seeing what the students think about it.

I’m also planning to show them this undergraduate essay:

That’s the video essay. There’s also a written essay to accompany it here

Colleagues at Northumbria love visiting schools and working with students and teachers.

Do get in touch if you’e like to visit us or for us to visit you.

On 1 June 2018, the Borders and Borderlands Research Group held a symposium on the Anglo-Scottish Borderlands at Northumbria’s Institute of the Humanities. The symposium gathered together a wide range of scholars from across several disciplines to think about the past and the future of this fascinating, occasionally fractious, and culturally rich region.

Borderlines, in the age of President Trump’s plans for a ‘beautiful’ border wall and ongoing crises from Syria to Myanmar, are unusually vexed. The largely ‘soft’ border to the north of us linking Scotland and England does not possess this level of threat. Following the Brexit referendum, however, the social, economic and environmental future of the region looks increasingly uncertain. The symposium performed its own act of ‘border crossing’, asking artists and academics between the Arts, Humanities and Social Sciences to think about the rich cultural resources of the region. Central to the day was an exploration of how understandings of the past might shed light on the present and help us to imagine the future of this predominantly rural region with its common bonds, shared resources but often a mutual sense of disconnection and isolation.

Across the day, the borderlands began both to come into focus and to seem increasingly complicated. Borders history presents an area that interweaves cultural, political, and environmental strands into what Professor Ysanne Holt (drawing on the region’s rich textile heritage) described as a ‘weave, a meshwork’. How to read the landscape, with its bogs and mosses, its hills and ‘debatable lands’, its rivers that connect and divide, became a productive, if unsettled, question. For many of the contributors, the methods that we use to read the area must themselves be open and flexible. Art practice – creative writing, dance, map-making, glass-making, photography, film – offers uniquely valuable responses to that question.

This is an area often forgotten and difficult to map. The referenda on greater Scottish Independence and EU membership seem to have raised more questions than settled answers for the region. That so much of the area is rural is a part of this, and many contributors reflected on the importance of listening attentively to the voices of the region, voices that possess their own winking humour and flexible pragmatism. But a rural region is not one stuck in the past: the area has always been mobile, always been a place of change that is open to the world. The difficulty we have in mapping it may be one of its greatest strengths as we look to address the wider issues of borders and borderings so prominent in today’s society.

Claire Pençak, a Borders-based artist, described the area as one in which ‘alternative arrangements’ proliferate. The multiplicity of responses the area offers to us suggest its vitality. Perhaps we can learn to be guided by Hermes (a.k.a. Mercury), the deity of borders, crossroads, translations, transactions, who ‘signifieth subtill men, ingenious, inconstant: rymers, poets, advocates, orators, phylosophers, arithmeticians, and busie fellowes’.

This is the latest of an ongoing series of events by the Borders and Borderlands Research Group. For more information contact Professor Ysanne Holt (ysanne.holt@northumbria.ac.uk) or Dr David Stewart (david.stewart@northumbria.ac.uk) 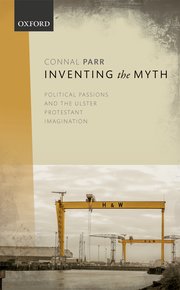 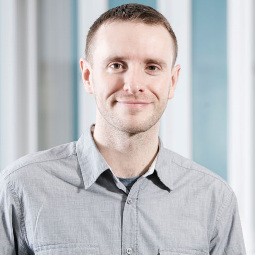 We are delighted to hear that our colleague Connal Parr, who is a Vice Chancellor’s Research Fellow in the Humanities here at Northumbria University, has been nominated for the Royal Historical Society’s Whitfield Prize

Connal’s book, Inventing the Myth: Political Passions and the Ulster Protestant Imagination, is an innovative and original exploration of Ulster Protestantism, focusing on the intersections of theatre, culture and politics and highlighting new perspectives which challenge some of the ideas which often circulate about twentieth-century Protestant culture. Here’s a description from the book’s website:

“Through its exploration of class division and drama from the early twentieth century to the present, the book restores the progressive and Labour credentials of the community’s recent past along with its literary repercussions, both of which appear in recent decades to have diminished. Drawing on over sixty interviews, unpublished scripts, as well as rarely-consulted archival material, it shows – contrary to a good deal of clichéd polemic and safe scholarly assessment – that Ulster Protestants have historically and continually demonstrated a vigorous creative pulse as well as a tendency towards Left wing and class politics. St. John Ervine, Thomas Carnduff, John Hewitt, Sam Thompson, Stewart Parker, Graham Reid, Ron Hutchinson, Marie Jones, Christina Reid, and Gary Mitchell profoundly challenge as well as reflect their communities. Illuminating a diverse and conflicted culture stretching beyond Orange Order parades, the weaving together of the lives and work of each of the writers highlights mutual themes and insights on their identity, as if part of some grander tapestry of alternative twentieth-century Protestant culture. Ulster Protestantism’s consistent delivery of such dissenting voices counters its monolithic and reactionary reputation.”

The Whitfield Prize is awarded by the Royal Historical Society for an author’s first book in the field of British or Irish history. You can read more details here

This could be a good listen before tomorrow’s talk by Pat Waugh. It’s James Naughtie and a group of readers discussing The Prime of Miss Jean Brodie with Muriel Spark (recorded in 2004):