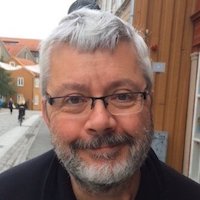 Our next English Language research seminar will be given by me (Billy Clark). I’ll be talking about Eimear McBride’s novel A Girl Is A Half-formed Thing and how recent developments in pragmatics can help to account for varying responses to it. There’s an abstract below.

The talk will take place at 2-3.30pm on Tuesday 20th March in Room 303 of the Lipman Building on our City Campus.

You can find directions to the campus here:

And a City Campus map here:

This talk explores some of the ways in which ideas from pragmatics can help us to understand the production, interpretation and evaluation of literary texts. It presents some recent developments in work on (relevance-theoretic) pragmatics and considers some ways in which these can contribute to fuller accounts of literary texts. focusing in particular on Eimear McBride’s novel A Girl Is A Half-formed Thing.

The recent developments discussed here aim to take fuller account of the extensiveness, complexity, open-endedness and indeterminacy of interpretation processes. They also take fuller account of the role of nonverbal phenomena in communication. For example, a one-word utterance ‘yeah’ is often unlikely to be taken to indicate agreement if uttered with falling intonation and if the speaker does not also nod her head. The paper argues that these ideas help us to understand varying responses to Eimear McBride’s novel.

Some responses to McBride’s novel have been very positive. Some have been quite negative. Many readers report an initial negative response being replaced by a positive one. Caitlin Moran, one of the judges who awarded the book the 2014 Bailey’s prize, and the novelist Elizabeth McCracken have both reported that a negative response as they began reading the book was replaced by a more positive one. Moran said, ‘ten pages in and all the bells start ringing’. McCracken said, ‘. . . about halfway down the second page, my brain figured it out and the book had me.’ This talk considers how the minds of readers with positive and negative evaluations differ as they read the book. It argues that positive responses typically involve readers failing to carry out pragmatic processes which they would usually make when reading. The processes of these readers are simultaneously more complex than and simpler than those of readers who give up on the book and decide the effects they derive from reading it will not justify the effort involved.